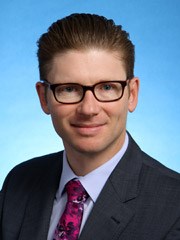 Chris is a Chartered Accountant and has been involved in the firm for more than 15 years. He first joined the firm part-time in 1998 while studying towards his Bachelor of Commerce degree at the University of Auckland. Upon graduation in 2001, Chris spent a year in the Assurance Services division of BDO Spicers Limited. The experience in audit gave Chris an understanding of best business practices and how to mitigate business risk.

However, Chris was unable to resist the power of accounting’s dark side, leading to his return to PKF Corporate Recovery in 2002 where he established himself as an integral member of the insolvency team. Chris was admitted as a full member of the New Zealand Institute of Chartered Accountants in April 2006 and gained his Certificate of Public Practice in July 2010.

Chris has been involved in a large number of insolvency, reconstruction and advisory engagements. He led the liquidation for the An Ying Group, a large complex group of companies that traded as an investment vehicle for Chinese migrants. An Ying is also one of only two pooling orders to be granted in New Zealand.

Chris has strong communication and analytical skills which make him approachable and resourceful. His in depth understanding of the law and tools of the trade, along with his ability to solve complex problems, allows him to tailor a practical and commercial solution to each insolvency engagement. Chris also has an eye for detail and leads our Investigative Accounting team.